We tend to “rehang” the face rather than plump it. 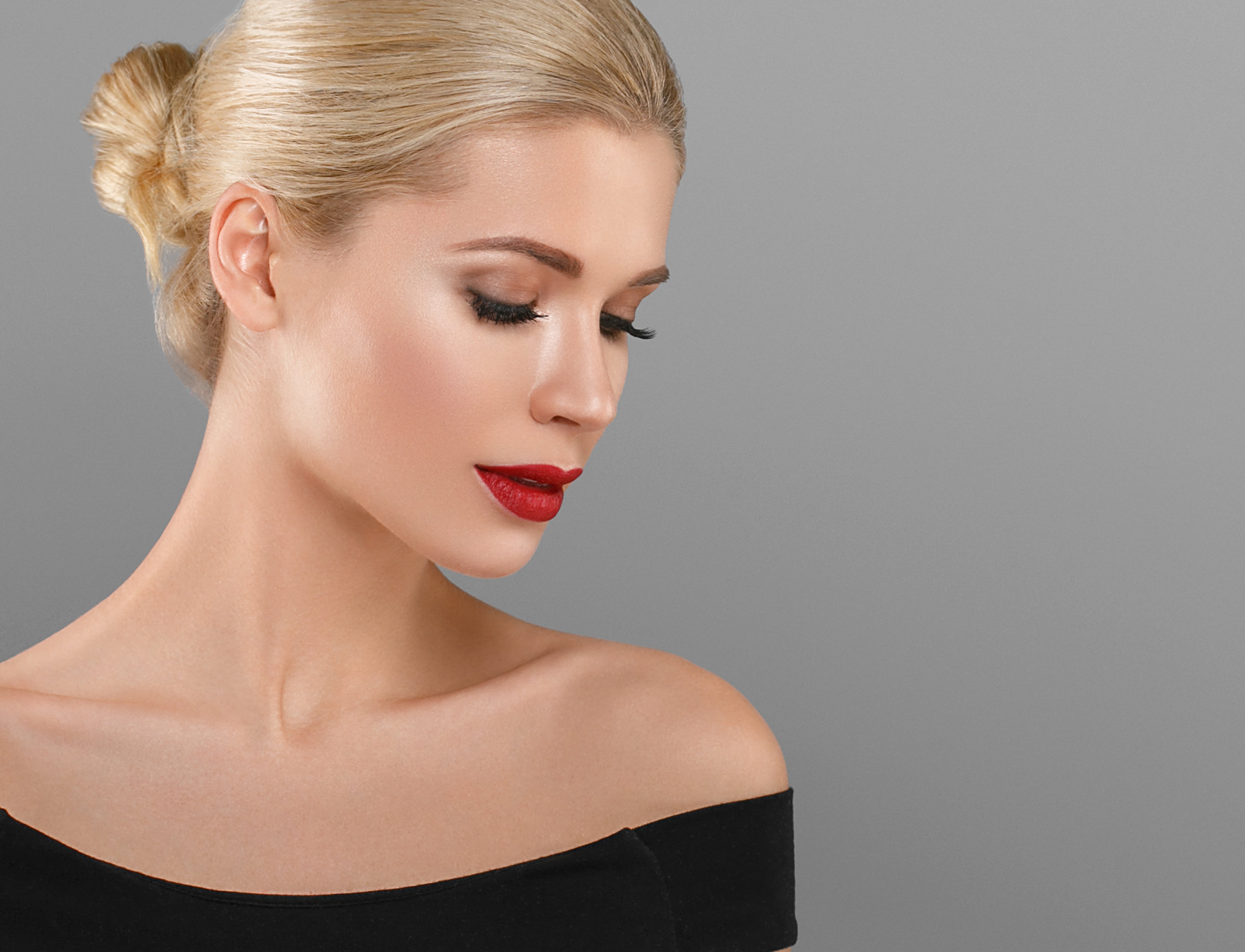 Many an aesthetic doctor’s daily activity involves glossing over the effects of time or harmonising the face using hyaluronic acid injections. A number of them have written about this subject, but it is still important to point out the stakes involved when choosing which techniques and products to use.

Nowadays, we tend to “rehang” the face rather than plump it. But, how can we hope to achieve this with just a few injections when we consider all of the tissue modifications that come into play during the aging process?

As a reminder, the aging process affects the skeleton (which is resorbed), the cutaneous muscles (which weaken and stretch or contract), the fatty volumes (which move, involute or grow depending on the case), and the skin (which sags, becomes dehydrated and loses its radiance).

It is a good idea to take the following points into consideration:

1. Skin quality We consider its colour (uniform or uneven), its texture (presence of expression lines, scars, enlarged pores, dermal fissures), and how much elasticity it has lost. With regard to the latter, Skinboosters* will make the skin brighter, less rough, more hydrated and more elastic.

2. The symmetry of the two halves: Though they are never perfect, this should be optimal when comparing the right with the left, and should also take into account the parallelism between the ophryacus line, which goes through the tip of the eyebrows, the intercanthal line and the bicommissural line. These three lines should be perpendicular to the median line if they are to be considered ideal.

3. The harmony of the proportions that nature provides with its universal ratio, the famous golden number – 1.618 – that is commonly found in the major lines on all the faces that the human eye naturally finds attractive. The “harmony compass” can be used to discuss the different harmonisation indications, and we can also use ¾ photos to visualise the “Oggy” lines, which must respect the volumes of the Charpy fat pad, the cheekbones’ projection, and the line of the cheek to the chin.

4. The purity of the contours, i.e. the finesse of the features that define the borders of each aesthetic section of the face, avoiding excess hollows between these borders (temples, under-eye area, nasolabial fold, etc.).

5. The reflection of light and shadow, which enables us to respect the precise topography of the luminous areas and shadows of the face, one synonymous with youth, the other with aging.

Take the bisector that goes through the gonion. The lines define the injection points, points of reference where the different lines cross. These points of reference are very precise, specific to each person, and respect the natural appearance. See figure 1.

We then need to decide which hyaluronic acid to use according to the results we want to achieve. The choice will also be guided by the skin quality, whether it is firm or saggy. A product that resists distortion is suitable for firm and thick skin. A product that can better integrate into the tissues is suitable for more mature skin that has started to sag.

At point 1: The aim is to restore the volumes in the temples and the Charpy fat pad, so use a moderately firm volumising product. Injections are made using a needle right to the periosteum, in an area 1cm below the temporal ridge and 1cm outside of the outer orbital edge.

At point 2: Here we want to smooth the contour between the temple and the outer cheekbone and give a lifting effect to the cheekbone. Injections are made using a needle, perpendicular to the skin’s surface, right to the zygomatic bone.

At point 3: These injections aim to provide support and project the cheekbone using the bone as support, with injections made using a needle right to the periosteum, in a bolus, using a firm product that resists distortion.

In point 4 we want to restore the lost volumes in the tear trough, using a cannula placed subcutaneously but not in contact with the periosteum due to the closeness of the VII nerve and the risk of serious vascular trauma. The product used should be volumising and moderately firm.

Point 5 is located at the corner of the nose, into the base of the nasolabial fold, and involves restoring the lost volumes and making a smoother contour between the cheekbone and upper lip, using the upper and outer cheekbone for support. Injections are made using a cannula, right to the bone, in a bolus to start with, then more superficially in a retrograde fan pattern to separate the skin layers from the deeper layers, thus erasing the nasolabial fold from its base.

Point 6 aims to restore the smooth contour between the chin and dewlap along the jawline. Here we inject using a needle or a cannula with a firm product that resists distortion, and only a small amount of product is used so as not to weigh down the lower face.

Point 7 aims to restore the hollows in the chin, which are synonymous with an aging mouth area, due to a loss of fat cells. The aim is to erase the areas of shadow around the chin, the most prominent feature in the oval of the face. The product should be moderately volumising and moderately firm so that it can be distributed naturally without any build-up, while resisting the numerous mechanical distortions.

Point 8 is into the gonion, right to the periosteum, with a firm product and placing the needle perpendicular to the skin’s surface, in a bolus to “firm up” the jawline. If we also want to increase the volumes in the masseters, a more volumising product can be used, with a dose of more than 0.5cc per side.

Point 6 is located opposite the zygomatic apopyhsis, very close to point 2. It is useful for restoring the purity of the contours between the temple and the cheek, using a mini-cannula sub dermally, and using a product that can be distributed all around the area without any build-up.

Point 10 is located where the bisector of the malar triangle crosses the lower segment of the triangle. Anatomically, it is located opposite the Bichat balls (buccal fat pads). Using a cannula, we can restore all of the lateral and cheekbone volumes superficially and sub dermally.

By respecting the injection sequence, from point 1 to point 10, and by checking how the volumes have been restored at each point, we can firm up the skin step by step while respecting the proportions from top to bottom. I recommend starting with the droopiest side of the face, so as to restore the balance between right and left more easily, thus making the two halves as symmetrical as possible.

From the side, we must consider the line of the face’s profile from the root of the forehead to the depth of the neck. We must respect the lines and angles according to the feminine or masculine character, paying attention to the position of the base of the nose, the projection of the tip of the nose, the nasolabial angle, the lips and the chin. This needs more explanation in another article, as the profile determines the face’s whole posture… 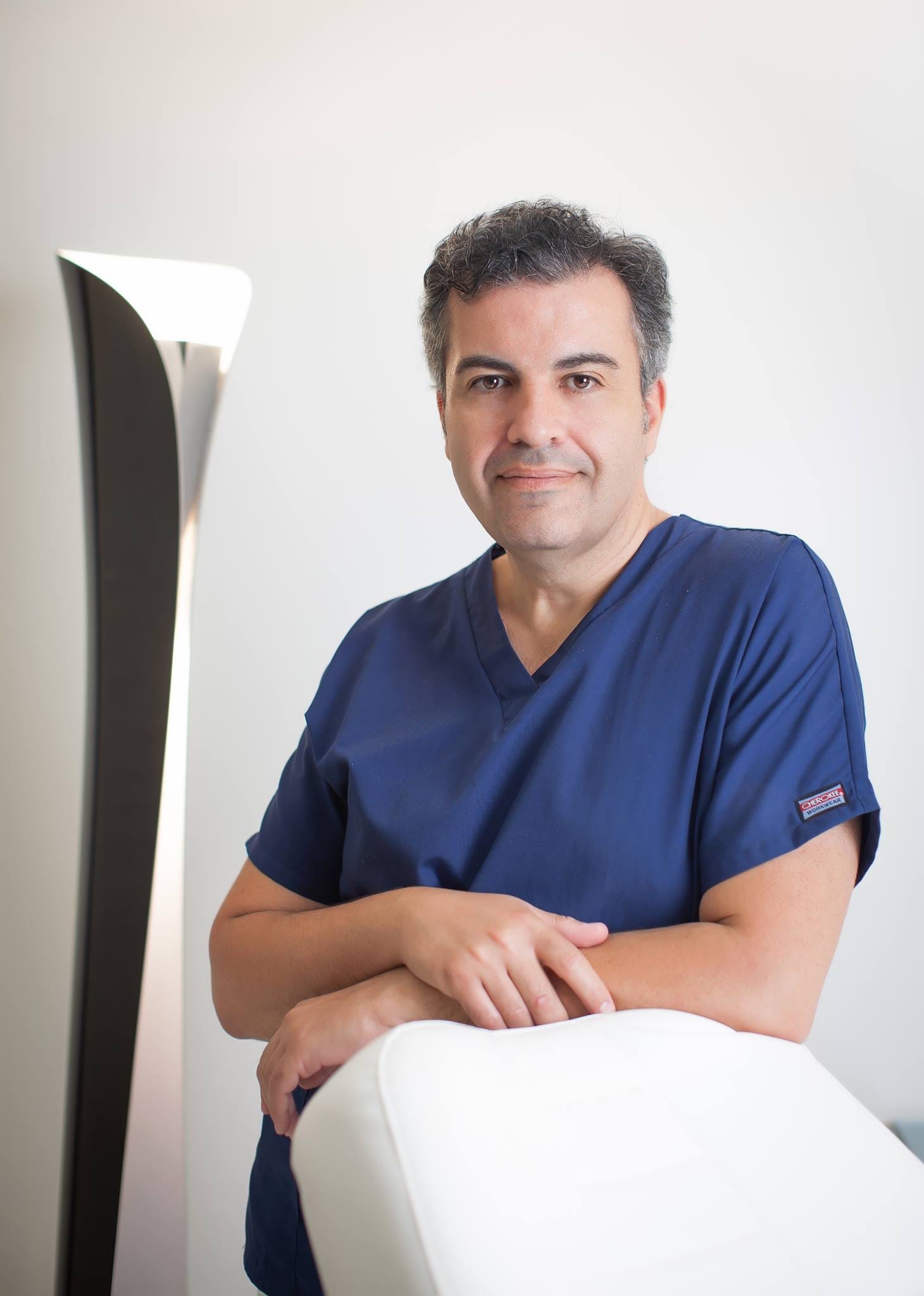 Doctor Eric Essayagh, morphological and anti-aging medical director in a private clinic in Antibes since March 2000, as Aesthetic Medical Doctor.

He is the author of several publications: golden ratio and facial assessment, procerus and botulinium toxin, volumetry with filler, balance nose/chin.