Silicon (si) a key role in skin, hair and nail structure: the importance of optimal silicon supplementation with a boavailable source of silicon, COLLASIL®OSA. 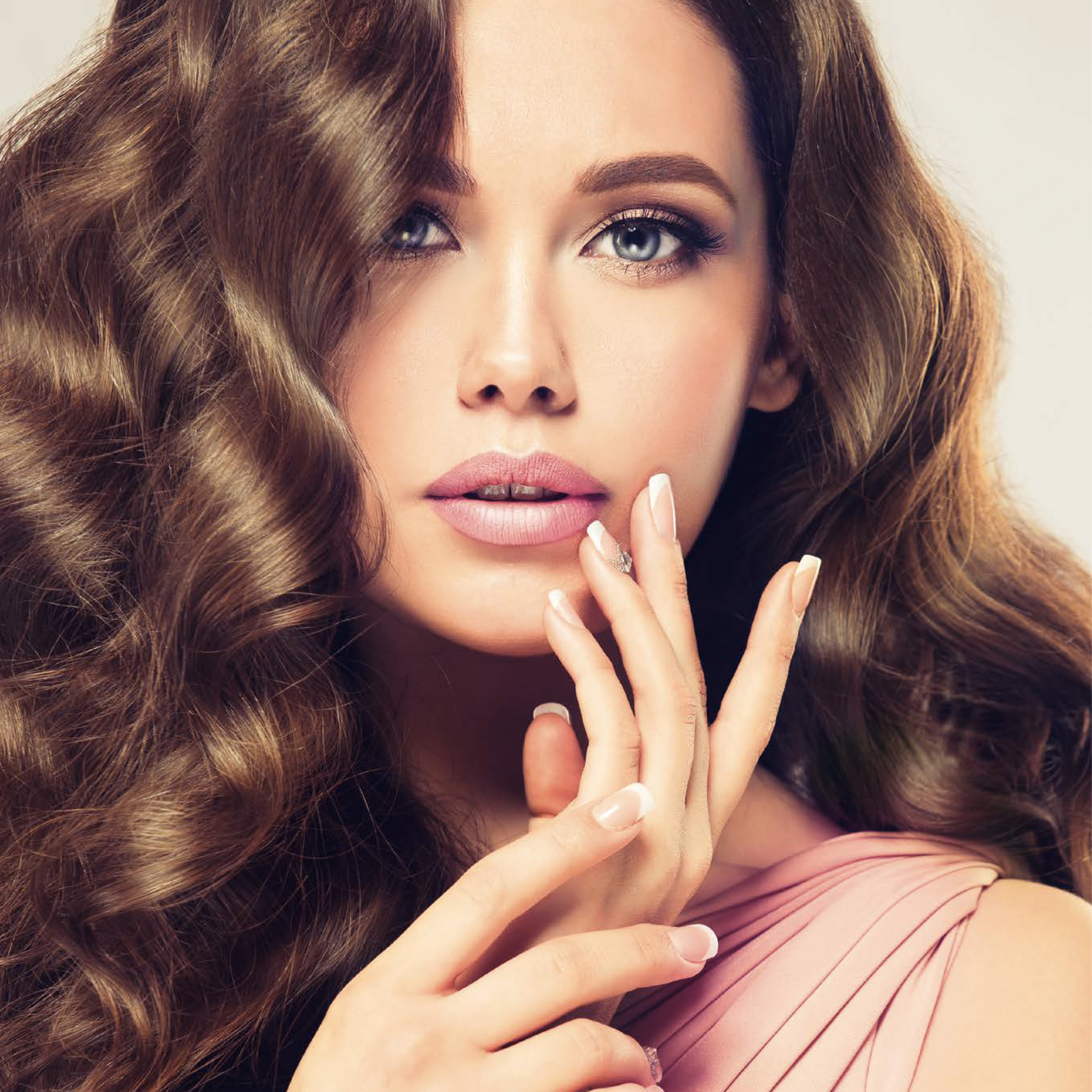 Silicon is playing an important role in dermis structure and its annexes due to its activities on collagen, elastin and glyco-saminoglycan’s homeostasis. Therefore silicon (Si) is mainly found in connective tissues like skin, vessels and bones with a concentration that decreases with age, which contributes to skin and hair aging. The main dieatary sources are beers, cereals, bananas and mineral water; it represents around 20 to 50 mg/day of Si. But bioavailability of silicon from diet is very variable; thefore silicon supplementation with a controlled bioavailable source is key to prevent skin and hair aging. 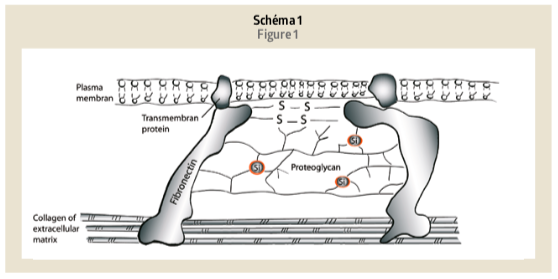 Silicon bioavailability is linked to its polymerization degree

In nature, Si cannot be found freely but occurs mainly as oxide and silicates. Silica (SiO2) is found in nature in several different forms: crystalline (quartz, cristobalite) and amorphous. When exposed to water, silicates liberate orthosilicic acid (OSA) to a low concentration of 1-15mg/L. OSA monomer-Si(OH)4 is the water-soluble form and the only natural bioavailable form of silicon. High levels of silicon are found in food derived from plants, particularly cereals but silicon from diet is not always bioavailable, since it occurs mainly as silicon oxide and silicates forms, which are not soluble.
The only bioavailable source for humans is the soluble form: the monomeric OSA. As soon as OSA is polymerized (Si(OH)4)n (ex: colloidal silica) the solubility is reduced and therefore its bioavailability is also, as demonstrated by Sripanyakorn 2009 (Schema 2). In this study OSA liquid and beer have a good Si bioavailability, suggesting that silicon in beer is present predominantly as OSA. OSA is absorbed from the gastrointestinal tract in humans and then excreted in urine, whereas polymeric silicic acid is not detected. In most vegetal sources OSA is polymerized, insoluble and not highly bioavailable. The most bioavailable sources are the ones in which OSA is soluble, but its concentration is often low like in natural mineral water. In this context, to optimize Si bioavailabililty, researchers have focused on the stabilization of orthosilicic acid (OSA) in monomeric form to avoid its polymerization.

Marine hydrolyzed collagen has been chosen by Sedifa’s scien- tists to be added to OSA, first to prevent its polymerization and therefore optimize its bioavailability and second because collagen is an effective nutrient to maintain connective tissue structure.

The association with the collagenic matrix does not modify OSA biological properties, it only avoids its polymerization by spacing out the OSA molecules. Polymerization of OSA would lead to inso- luble forms with reduced absorption during the digestive process.

A study was conducted by an independent laboratory (ECAMRICERT Italy) using the EFSA (European Food Safety Authorities) validated in vitro method which confirmed the op- timal bioavailability of Collasil® OSA and its high affinity with connective tissue. Study results were published in June 2020 in the FASEB Journal (Tedesco E 2020). Results show that:

Silicon (Si) bioavailability is highly impacted by the matrix of orthosi- licic acid (OSA). (Schéma 3). The collagen based OSA matrix has a high affinity for collagenic membranes; it is the best in terms of Si retention. The superior dura- tion of Si in the glycocalyx could be an explanation of the observed op- timal bioavailability (Schema 4). According to the authors’ study, Collagen-OSA is the best ingre- dient in terms of bioavailability and intestinal extracellular reten- tion without affecting cell viability and intestinal barrier integrity.

Over the years, scientific studies have confirmed the importance of silicon to keep connective tissue healthy and contribute to preventing their aging process and associated dysfunctions.
Orthosilicic acid (OSA) supplementation improves signs of skin aging (Review from Advincula de Araujo L 2016). With age, the amount of silicon naturally present in the skin tends to decrease. As a result, the skin architecture is weakened, skin becomes less firm and wrinkles appear. It has been confirmed in a clinical study versus placebo was conducted by dermatologists (Petersen Vitello Kali C 2017) on 22 women who received daily 600 mg of Collasil® OSA (equivalent to 9 mg of Si) for two months. The authors concluded there were superior firmness and hydratation, and an overall improvement of skin texture. Orthosilicic acid (OSA) supplementation also improves hair and nail quality. It has been confirmed with Collasil® OSA supplementation of 600 mg=9 mg Si/day for five months (Nakanishi L 2017) in a clinical study under dermatologists control. The results show hair growth increase and improvement of hair quality. 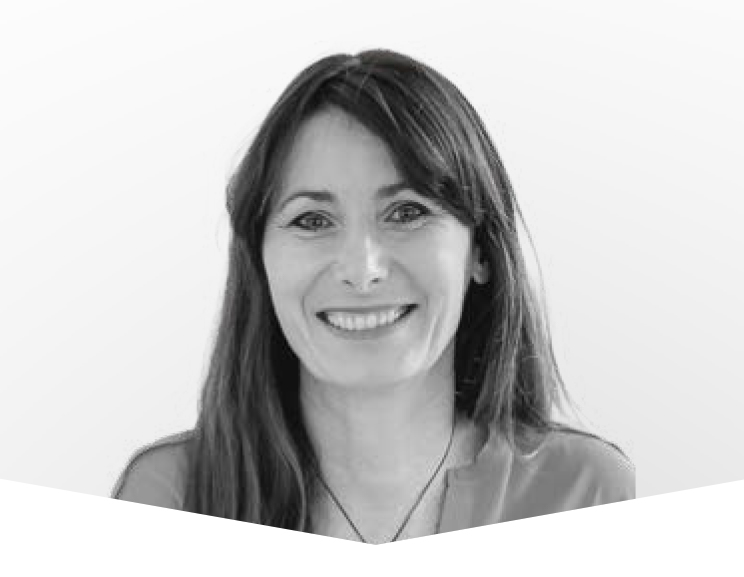 By Patricia Manissier
Graduated in Biochemistry, Chemistry and Industrial Pharmacy in Lyon France.
R&D Director for 30 years in the field of beauty in cosmetics and nutrition, in particular for the J&J, L’Oréal and Nestlé Groups.
Consultant for Iontec Monaco.
Contact sales@iontec-europe.com